The OSP therapy has been successfully applied in numerous indications such as TMJ problems, snoring and sleep apnea, paralysis, lack mouth or tongue circuit malfunction. The OSP used are characterized by a high user acceptance. The desired orofacial reactions typically occur convincingly. 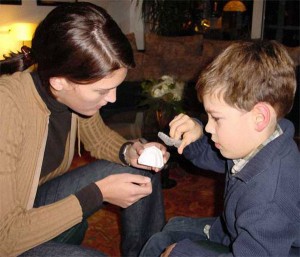 According to the gum plate concept of Dr. Castillo Morales, Dr. Klaus and Sabine Berndsen at ISST researched and developed the OSP Therapy since 1989. As a result, more than 3000 OSP therapies with differing stimuli and materials for patients have been created and the stimulation-reaction influences measured. 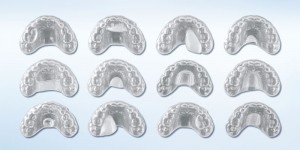 A range of typical OSP

Stimulus body variations, variations in material hardness and strength are decisive for the successful course of therapy. Scientific investigations support the successfulness of the OSP concepts and prove greater advantages as oppose to other soft palate therapies.

The necessary quality standards of the novel neurophysiological OSP therapies are selected in cooperation of universities, dentists, orthodontists, oral surgeons, speech therapists, dental technicians and clinics. OSP manufacturers, special laboratories are trained and require a certification for the OSP production by the specialists of the Dr. Berndsen GmbH company.

“After application of OSP therapy (Berndsen/Berndsen) show that within a six-month observation period a noticeable increase in application acceptance and the desired oral-facial reactions were adapted to convincingly. With this result, it can be assumed that the application of OSP therapy in an individual case is not only more comfortable, physically, than other stimulus plate applications, increasing compliance of its use. The activation of desired form and function was also adapted to. The variations of the OSP systems which are offered from Berndsen/Berndsen take into account the necessary individual stimulation intensity and direction.”

University of Hamburg, Department of Orthodontics.

Individual OSP are made from soft materials, which are developed and approved for medical technology. The product does not exert pressure or create unwanted irritations in the mouth. The use of the OSP in the mouth does not uncomfortably fill the mouth because of the thinness of the material and therefore hinders insignificantly the familiar spatial settings within the mouth.

OSP are placed in the soft palate three times daily (not during feeding) for approximately 30 to 60 minutes. In some cases, the device is worn at night. The OSP adheres to the gum tissue. The adhesion of the OSP may be helped with the use of menthol-free fixative creams. 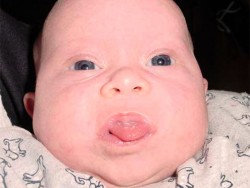 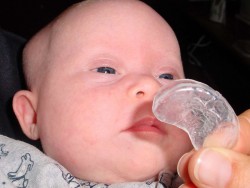 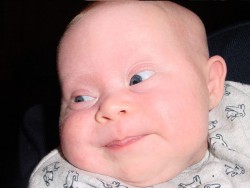